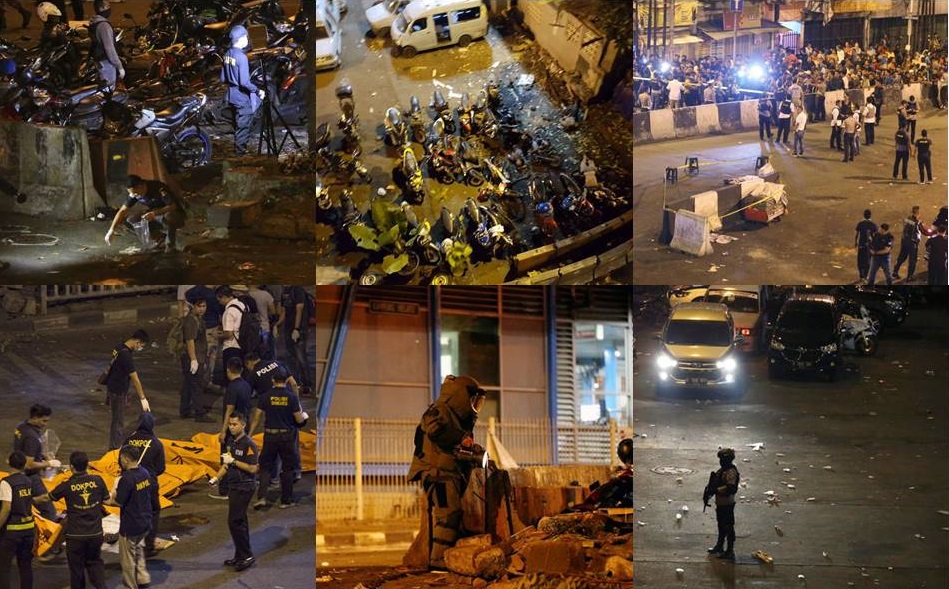 Three police officers were killed and ten others, including five civilians, were injured when two explosions took place at 20.58 and 21.00 local time on 24 May at the Kampung Melayu bus terminal in East Jakarta. Reports indicate that two suspected suicide bombers, using what is believed to be pressure cooker type homemade bomb devices, detonated the devices first inside the bus terminal and then at a Trans Jakarta busway stop, about 21 meters away. No group has claimed responsibility for the attack yet.

1. The use of a two-man suicide team indicates a level of advanced preparation and planning by a network of highly committed terrorists. No supporting attack or use of firearms by the attackers illustrates not only an awareness of high levels of security across the capital, but also clear intent that detonation of the SVIEDs was paramount to the attack strategy. The target was clearly the police, they could have inflicted greater casualties on crowds in the station, so this could suggest several things.  Firstly, there could have been limited blast pressure from the explosives used, or the specific selection of target at the two sites, i.e. clusters of police officers at a security point simply limited the number of casualties and fatalities. More interpretation of these factors will emerge as further details are secured.

2. This being the first attack since January 2016 attack near the Sarinah Mall in Jakarta indicates the ability of the Indonesian security forces, particularly of Detachment-88’s, anti-terrorism capabilities. A steady campaign targeting security services in Indonesia has followed this attack through to 2017. The selection of an attack in the capital at a mass transit site is a clearly the latest attempt to ‘attack with a sense of impunity’. Given that 5 police officers were killed, a further five injured, initial assessments are that they were indeed specifically targeted as they were providing security to the city’s Torch Parade, a holy festival held to welcome the commencement of Ramadan this coming Saturday. Moreover, it could be the precursor to further similar attacks during Ramadan, an increased security presence will clearly provide further target enrichment for the militants.

3. Pressure cooker IEDs have been used in 2016-17 by JAD (Jamaah Ansharut Daulah) in parts of Java. ISIS-pledged JAD was responsible for the aforementioned 2016 Jakarta attack, with funding and online training support from a Syria-based ISIS commander of Indonesian origin named Bahrun Naim. A pressure cooker fragmentation explosive device was set to be used by the intercepted female suicide bomber arrested in December last year in Bekasi, east of Jakarta and was supposed to be used on a target in Jakarta. The would-be bomber confirmed she was recruited online and was a member of JAD. Detachment-88 has confirmed that the two suicide bombers of yesterday’s attacks were on their database for terrorist activities and that a West Java based network is suspected of carrying out the attack. West Java is a known operating area for JAD.