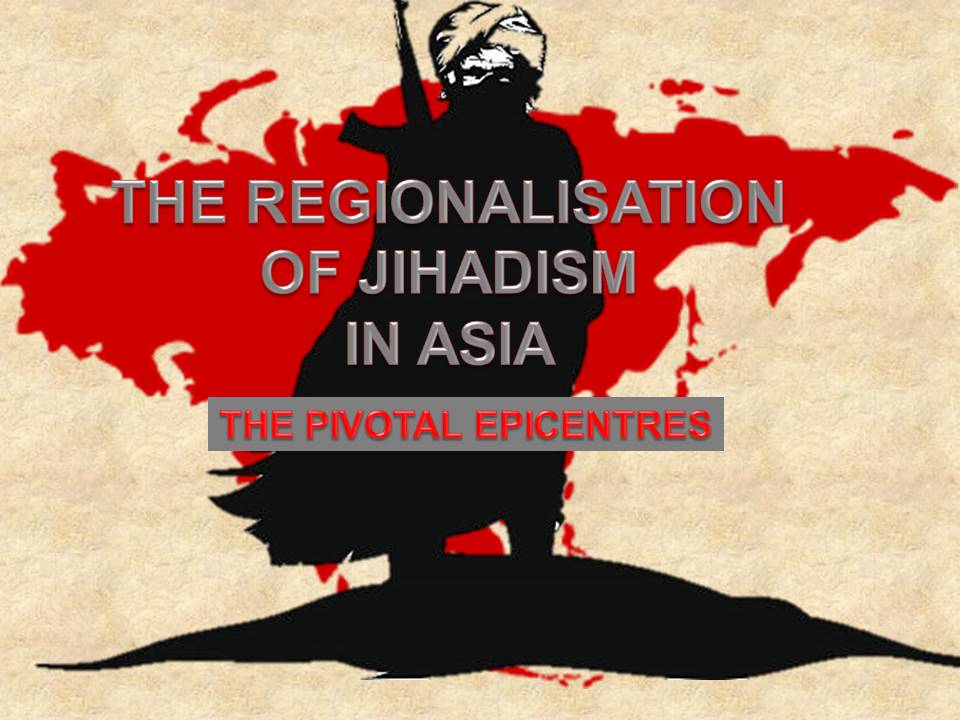 The growth of radical Islamic terrorism is a global scourge, from North Africa to Europe, the Middle East to central and S/SE Asia, it is exponentially growing. The focus of this report is that growth in Asia particularly. Indigenous terrorism exists in many shapes and forms across Asia and has done for decades.

Asia is plagued by growing Islamic militancy. But what is more important is what lies ahead, the morphing and cross fertilisation of different jihadist strands across the continent is accelerating. The speed of this acceleration will merely increase as the Caliphate in Syria is strangled and ultimately implodes, the sooner that happens the quicker the pace of radicalisation elsewhere will increase. ISS Risk has identified the following pivotal epicentres of jihadism which will impact the security landscape of Asia in the coming years.

1. The floundering peace process in the Philippines, choked by political juxtaposing, offers radical jihadist groups, formulating ISIS-inspired alliances, the opportunity to consolidate their gains and establish an operational hub for the group in Southeast Asia.

2. Several particular terrorist organisations pose a direct risk in this respect. Aside from the domestic rhetoric and labelling of Abu Sayyaf (ASG), Isnilon Hapilon’s faction of ASG poses a real risk as a catalyst for aspiring jihadism in the country.

3. The desire to establish an operational and training hub in the Philippines is a priority for a plethora of local groups. The threat is compounded by the increasing commonality of purpose and cross fertilisation of these groups. Add to this the opposition of several factions to the Bangsamoro peace process and the conditions for escalation are exasperated.

4. The Philippines is no longer merely an aspirational epicentre, after the events of this week in Marawi, it is confirmed as an epicentre.

1. Bangladesh remains the largely-ignored developing epicentre of radicalisation in South Asia. The country represents the most tangible inroad for ISIS to exploit in the region.

2. It lies between emergent sources of radicalisation in Western Myanmar and Eastern India. As such, acts as a potential bridgehead establishing commonality of purpose for what were previously disparate fundamentalist groups.

3. The extent to which successful operations against Jama’atul Mujahideen Bangladesh (JMB) during the first quarter of 2017 have degraded its influence is yet unknown. It is possible that these successes merely indicate the unprecedented scale belying the true extent of the risk emerging in Bangladesh. 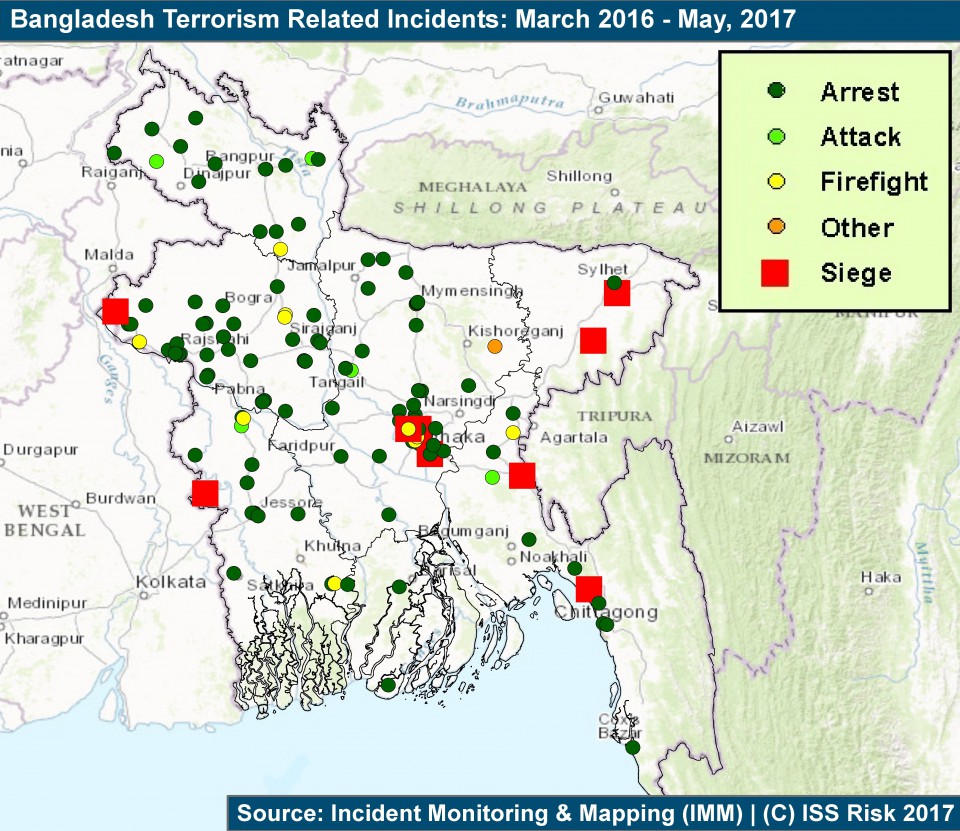 1. Though home to the second-largest Muslim population in the world after Indonesia, India has, until recently, remained largely free of ISIS’ gaze. In the past year, however, ISIS-inspired incidents have begun to increase.

2. The extent of the threat from Bangladeshi jihadists crossing into India was laid bare this year when Bangladeshi authorities announced that a staggering 2000+ such jihadists entered the country in 2016. India is already racked by a plethora of domestic terrorists and insurgencies.

3. The opening of a new ISIS-inspired front will complicate matters and stretch India’s domestic intelligence and security apparatus even further. 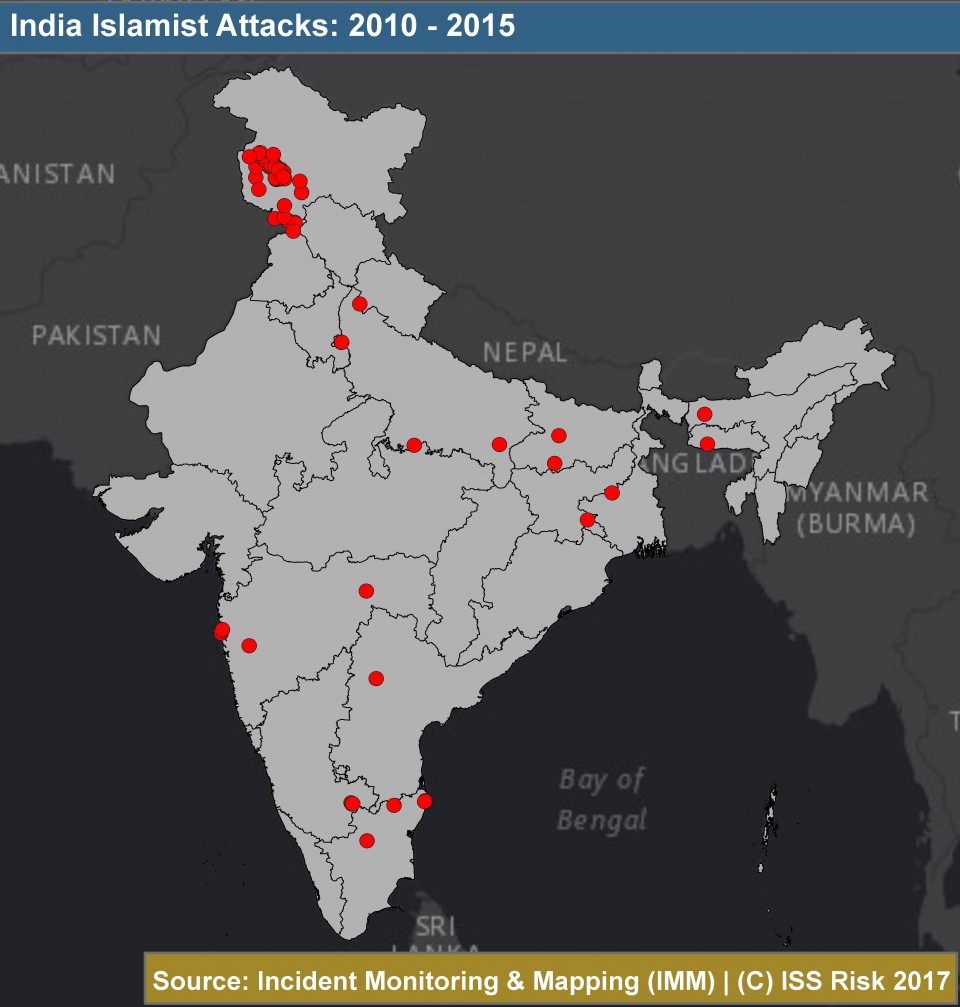 1. The country remains an ideological hotbed of extremism, an undercurrent never far from the surface that is easily accessible to various extremist groups.

2. The Indonesian counter-terrorism forces continue to exact a heavy price from Islamic extremists in a continuous game of cat and mouse. At the moment, these forces appear firmly in control.

3. Nonetheless, Indonesia still sits as a potential hub of ideological radicalisation in the region. The full impact of returnees from Syria and Iraq has not yet manifested itself. The question is not whether a major incident will occur, but when.

1. The country occupies a strategic geography and remains a regional financial and logistics hub for several terrorist groups and financiers.

2. The country also serves as a critical transit hub for the flow of radicalised aspiring jihadists.

3. The ruling party’s desire for domestic political hegemony blinds the government to the scale of the growing threat within its borders. Whilst politicians court Islamist power bases for political support, the same forces vie for the support of radical elements, which will lead to a zero-sum outcome in the future.

1. As Islamic extremism spreads across the world Afghanistan yet again faces a renewed threat of extremist terrorism. The increasing attacks on the state and minorities coupled with ISIS aspirations for the country are complicating an already multifaceted terrorism landscape.

2. Islamic States operations in the country have been known about for some time. However, they have been exposed by the US MOAB bomb launched against ISIS targets in the east of the country in March.

3. However, contrary to hype the attack didn’t cripple the group, if anything it exposed the regionalisation of their aspirations are more advanced than thought. The alleged list of casualties read like a UN roll call of Jihadists from Russia, central Asian states, South Asia including India and Bangladesh to SE Asia.

4. Afghanistan will remain as a pivotal epicentre and bridgehead of trans-regional terrorism for Jihadists in Asia and an alternative to the Middle East as the net closes on ISIS in Syria and the caliphate contracts.

Radicalised Uyghurs in China and Central and South / Southeast Asia

While the entire world is trying to pursue radical Islamist groups having fixed geographical signatures; something else is emerging as a trans-regional threat in Asia. It is present everywhere and yet far enough below the visibility threshold to remain unnoticed. This mutated version of jihadism by a particular ethnicity – the Uyghurs – is starting to show itself from Syria right across to the continent into China and Southeast Asia. ISS Risk believes this to be a missing link of the emergent regional jihadist threat in Asia.

1. The radicalisation and spread of the Uyghurs is perhaps the most misunderstood regional threat emerging in Asia. The displacement of the Uyghur threat outside of China not only poses a significant risk to China’s globalisation efforts, but also indicates an increasing threat from this group throughout the region.

2. The Turkestan Islamic Party (TIP) has gained in status with ISIS in the past few years, as ISIS has come to realise the value radicalised Uyghurs bring to its strategic designs.

3. Thus, what started as a domestic Chinese problem has begun to morph into a regional threat. That will only intensify in the coming years as the Uyghur presence in safe havens such as Turkey, Pakistan and Afghanistan and their inclusion in regional networks across Central Asia becomes more entrenched.