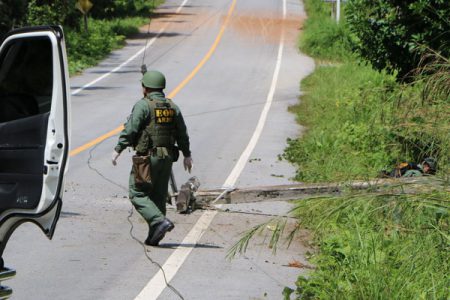 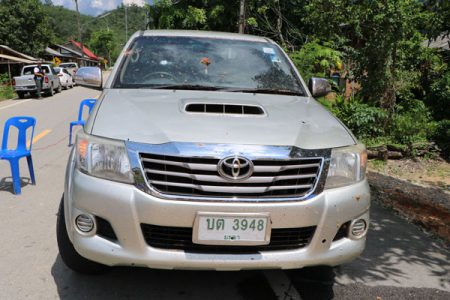 A little over a week ago, on the morning of the 9th of August, a paramilitary Ranger patrol was attacked in what has been described as a complex attack in the Chanae district of Narathiwat province. Three Rangers were injured in the attack.

The attack was executed by insurgents operating in the Deep South, a region rife with militant activity. In May alone 59 incidents were reported, mostly shootings and bombings, resulting in 20 deaths and 80 injuries. June fared no better with 47 incidents, the majority shootings, resulting in 30 deaths and 42 injuries. July was a similar story. Curiously however, this one incident in early August has garnered considerable attention and has been singled out as evidence that a new hitherto unknown group has emerged in Thailand’s Deep South region. Differences in tactics and IED construction in different geographies than have been used to date are cited as the key evidences for this new group’s existence.

The attack was clearly well organized and involved three stages, two IEDs and a well-structured ambush with small arms. Yet, what was so different about this attack that warrants speculation of a new or unknown group operating in the heartland of the Barisan Revolusi Nasional – Coordinasi (BRN-C)?

– Devices: The devices in this attack were Remote Controlled Improvised Explosive Devices (RCIEDs); quite commonly used in the region. Two RCIED’s, housed in steel boxes weighing approximately 10kg each were deployed. The difference seen in this attack was the better coordination and greater sophistication of their use than is usually the case.

– Stage One: The first device targeted the vehicle transporting the Rangers damaging the vehicle, although the driver managed to drive on from the blast site.

– Stage Two: The second device was then initiated, felling a power / telegraph pole which essentially blocked the road in front of the Rangers’ vehicle.

– Stage Three: The third phase of the attack was a linear ambush. An unknown number of assailants opened fire on the vehicle from inside the jungle near the roadside, where the vehicle was unable to escape the kill zone due to the power / telegraph pole blocking the road in front of it. The prospects of reversing towards the first explosion site likely didn’t appeal to the Rangers, consequently this acted as the second cut off.

While the attack was well organized, to call it complex or state it as evidence of a ‘new’ militant group having entered the Southern Thailand theatre is stretching matters somewhat. Simply put, the data gathered from the August 9 attack is insufficient to insinuate any of this.

Unless one assumes that the militants simply sought to scare the Rangers into submission, then the attack can hardly be deemed successful; the three targets were injured, not killed. Given the obvious planning and resources that went into the attack, one would assume that they would measure success based on lethality. A zero in this instance.

Scenario implications – the differentials for examination

An examination of the differentials in tactics and deployment of multiple devices combined with the ambush and the degree of planning, logistics, and intelligence required is necessary to understanding the true nature of the attack.

– ‘Sophistication’ element: This incident’s comparative sophistication is not necessarily evidence of an unknown, potentially better trained, or more militarily experienced group. The more likely explanation for the ‘sophistication’ element is a cross-fertilization of terrorist tactics and targeting. The key question here is from where and whom are they drawing their inspiration or training?

– BRN-C group integrity factor: The BRN-C closely guard their territory, making it highly unlikely that a new militant, terrorist, or separatist group could establish itself and operate under the BRN-C’s radar. If the attack was conducted by a breakaway faction of the BRN-C, then this implies that the group’s leadership are not in control. If this is so, it is then critical to determine how much control they have lost and how extensive the fragmentation is. Alternately, are we looking at a more extreme break-away faction looking to conduct more dramatic operations? Are the BRN-C aware of this ’new unknown’ group and simply accepting their presence, or is a more dangerous transition in play with their blessing?

None of these scenarios – the entrance of a new group that some have alluded to, the advent of cross-fertilization, or the various forms of factionalism – auger well for the conflict. Any combination of these scenarios could prove serious in terms of the orientation of the conflict. The Thai intelligence agencies are watching closely for any indications of transition in the conflict, with what is happening in the Southern Philippines not lost on them.